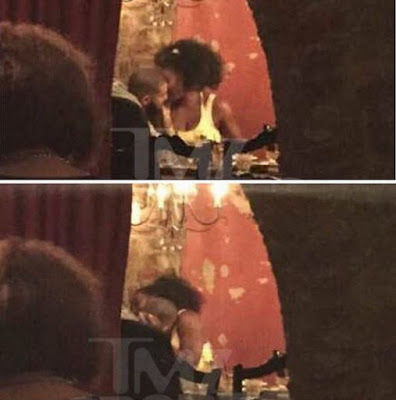 Drake and Serena Williams were caught making out at dinner last night,after Serena Won the WTA tournament in Cincinnati, which Drake attended.According to TMZ,the two had a private room in the back of the eatery -- where they couldn't keep their hands and lips off of each other ... while several patrons watched. People inside the restaurant tell us the two were joined by 6 other people ...and at one point ordered a round of tequila shots for the table.

There have been rumors about the two hookin' up for months -- ever since Drake was spotted cheering for Serena at Wimbledon.. 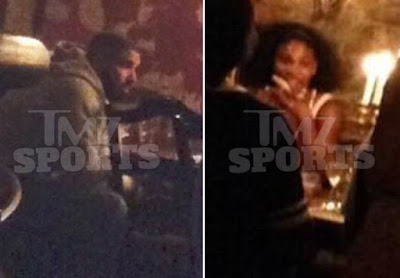 Drake and Serena hooked up briefly years ago before he dumped her for Rihanna.