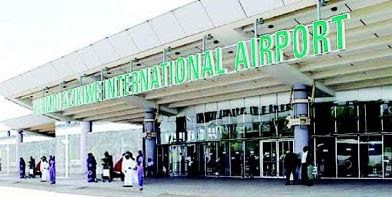 The DSS has uncovered a spy cell run by the Boko Haram at the international airport in the capital Abuja apparently aimed at selecting targets for attack, the country's national security agency said.

In a statement late on Friday, the Department of State Services (DSS) said it discovered the ring on Monday and was working with aviation authorities to pre-empt any attack.

The DSS said it had arrested a 14-year-old boy who said he had been instructed to spy on the airport's security procedures, including passenger screening and boarding processes, and report what he had learned.

It said the man who directed the boy had not been located.

"The service, in liaison with the aviation security of Nnamdi Azikiwe International Airport, Abuja, disrupted a spying network mounted by the Boko Haram terrorists," DSS spokesman Tony Opuiyo said in the statement.

"The service is working closely with major aviation stakeholders, especially the Aviation Security Department, to forestall any possible attack and to ensure adequate security at the airports."

Boko Haram, whose insurgency mainly focuses on the northeast, has carried out some attacks in Abuja including the bombing of the U.N. headquarters in the city four years ago, which killed 23 people.

The insurgents have waged a bloody campaign to create a state adhering to strict Islamic law in the northeast of Africa's most populous state that has left thousands dead and forced around 1.5 million people to flee their homes since 2009.

Boko Haram scattered earlier this tear after an army counter-offensive ousted it from most of the territory it had gained. But the jihadists have since returned to a strategy of selective attacks in which they have bombed or fired on targets in public places such as markets and places of worship.