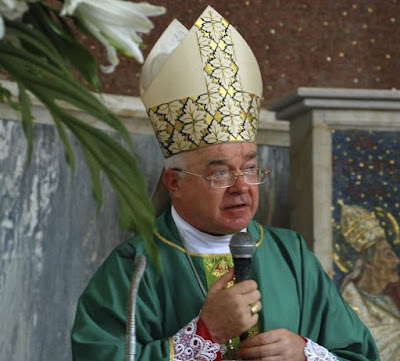 Jozef Wesolowski, a former archbishop and Vatican envoy to the Dominican Republic, died Friday – before he could face trial on child sex offenses.

Wesolowski was found dead of “natural causes” in Vatican City residence, the Church said in a statement. An autopsy was scheduled.

The 67-year-old would have been the first high-ranking Vatican official to stand trial at a special tribunal convened by Pope Francis to prosecute Church members accused of sex offenses against minors after a series of international scandals that have rocked the Church in recent years. He was facing a prison sentence of up to 10 years.

After being recalled to Rome in 2013, Wesolowski the Pontiff defrocked him as an archbishop because of allegations he had preyed upon boys while in the Dominican Republic.

His trial, which began in July, was adjourned the same day it began after Wesolowski fell ill and was admitted to hospital, the New York Times reported.

On Wednesday, the Survivors Network of those Abused by Priests (SNAP) criticized the Church for allowing Wesolowski to “walk free” in Vatican City.

“We challenge Pope Francis to immediately put Wesolowski behind bars and prove that he has done so,” SNAP said.