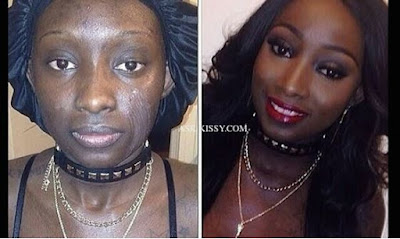 A traumatized man thought he’d married the love of his life, a woman with both inner beauty and outer beauty.. That is until he saw his bride without her make-up on.. It was like the mask had come off. Now he’s suing for fraud and trauma. The anonymous man, who married his new wife in all her finery, apparently saw her in his room after the wedding and refused to believe that she was his wife without her make-up.

After telling her to stop playing and asking where his wife was, the traumatized man realized this really was the woman he married. Reports from Algeria, where the marriage took place, state that the bride played her cards very well.. She never allowed her future husband to see her without make-up before the wedding.