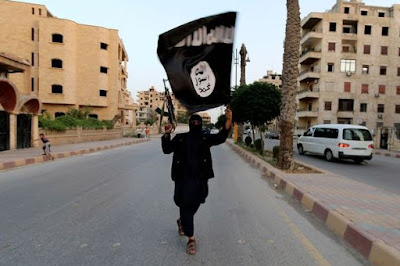 ISIS are getting rid of militants who contracted HIV from captured sex slaves,by forcing them to become suicide bombers.

They are now being held in a quarantine centre after being infected with HIV from two Morrocan women.A civil rights activist said

"IS leadership is planning to assign suicide attacks for its militants who are tested positive with AIDS,”.Most of those infected are foreign militants who had sexual intercourses with two Moroccan women.The women passed on the disease to the militants before their infection was revealed.
A Syrian doctor in al-Mayadeen said...

We were ordered by the group’s local leadership to transfer the infected militants to a quarantine center in the city,"

The women reportedly fled to Turkey because they feared ISIS would execute them.

Three months ago it was reported an Indonesian fighter in the city of Shaddadi in Hasakah province passed HIV on to his Yezidi sex slave.The same slave was later sold to other ISIS members, causing panic among the terrorists.

It also emerged the infected militant donated blood at an ISIS-held hospital in Shaddadi in May.

The Indonesian militant was executed by the group.