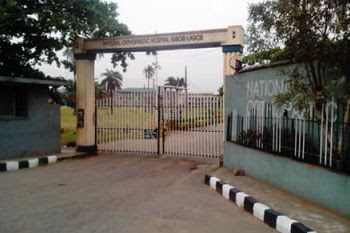 A 26-year-old domestic worker, Ubong Etu Nbomang, has injured his spinal cord while peeping at his female boss while she was having her bath.

He has been hospitalised at the Federal Medical Centre, Asaba, Delta State, after falling and breaking his spine.

According to Punch, his boss is a top federal civil servant in one of the neighbouring states. The houseboy was alleged to have made holes around the bathroom door, through which he peeped at his boss whenever she was having a shower.

'AD'
Our correspondent learnt that Nbomang had climbed on a platform to have a vantage view of his boss who is in her 30s.

A female friend to Nbomang’s boss, was said to have walked in and met nobody in the sitting room.

On hearing the sound of dropping water, she approached her friend’s bathroom out of curiosity, only to find the young man peeping.

The boss’s friend, (name withheld), who spoke to our correspondent after the incident, said as Nbomang was peeping, he held his private organ.

The guest, who trades in cooking utensils at the Ogbeogonogo Modern Market, said she shouted at him: “Nbomang, are you peeping at your madam?”

Nbomang, jumped off where he was and slipped on the wet tiled floor when he heard the visitor’s voice.

The unsuspecting boss, who was shocked by her worker’s groans, was said to have rushed out of the bathroom half-naked.Her friend, while speaking to our correspondent, said,

“I said to her: ‘So, you are not aware he has been here watching you as you were busy having your bath? I met him peeping, after asking for who was in the house without any response. I have been here for more than 15 minutes now without him knowing.”’

As she was telling her friend all these, Nbomang, still groaning in pains, asked his boss to forgive him and take him to hospital.

“Out of pity, the madam called her driver to take Nbomang to a hospital, while she later joined them at the hospital,” her friend added.

She said, “Before now, I used to see him looking at me but I didn’t think otherwise because I saw it as nothing. It was when he was confessing that I got to know that he was the one that bore tiny holes on my door, which until this incident I never knew of.”

Nbomang, who also spoke to our correspondent from his hospital bed, pleaded,

Authorities of the hospital told our correspondent that the injury could be treated.