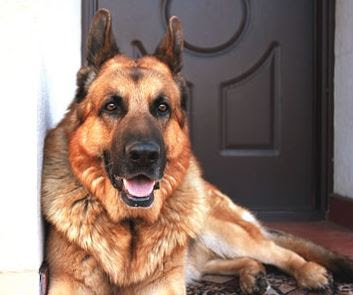 Maureen Akowe had every reason to be elated. At 37, she had a baby girl after three years of delayed conception. Little wonder, she christened the baby Chinonso (meaning God is near).

Last Friday in Asaba, the Delta State capital, the nursing mother, who is also a housewife but a graduate of Sociology from the Delta State University, Abraka, decided to get groceries for the family especially her baby, at a nearby supermarket along Okpanam road, Asaba. She took along her baby, her nanny and an Alsatian dog, which was the only pet the family had.

On this fateful day when she got to the shopping mall, she pulled over at the car park and left all the occupants of the car, including the dog, to get items inside the mall. For proper ventilation, she wound down the windows of the car and dashed inside.

While she was shopping, sources at the car park said there was a shrill cry from the nanny, who suddenly alighted from the car and ran into the mall shouting, “Madam, baby! Madam, baby!” Panic-stricken passers-by and other shoppers asked what was amiss and she led them to the car.

By then, a motley of crowd had gathered and running towards the car park. The gory sight in the car elicited shouts from them especially the women. Four-month-old Chinonso, had its stomach ripped open with blood splattered on the car seat and the clothes used to wrap it. The dog, on the other hand, stood towering over the baby with blood stains on its mouth!

Taken aback by the crowd, the dog started barking ferociously and wanted to attack. Promptly, two security guards from the mall took the dog and chained it. It still kept barking and tried to scare away any attacker from the crowd.

“Na Madam carry dog put for car and talk say make I stay inside car with dog and baby,” the nanny, who identified herself as Ifeoma Chinedu, quickly told the angry crowd who wanted to know what went wrong inside the car.

“Madam talk say she dey carry dog go veterinary clinic. Na as I sit inside car the dog move close and want to bite Chinonso (baby). I shout when I see say the dog open him mouth. As I shout, the dog no hear me and I come run comot make I go call Madam. But she dey inside supermarket and no hear me. She no come outside here on time,” the nanny, who claimed to hail from one of the eastern states, concluded in tears.

While all these went on, the mother of the baby had arrived and was in tears. Obviously distraught, she rolled on the floor and kept shouting, “Chinonso!Chinonso! Chinonso!” She quickly took her baby and ran. But some sympathisers took hold of her and the baby to avoid running into any oncoming vehicle. They rushed the baby, who was bleeding from the stomach, to a nearby hospital along Nnebisi road.
The baby died before they could get to the hospital.

Meanwhile, the dog was in chains and kept away from the angry mob who wanted to kill it. They alleged witchcraft and that the dog was an evil agent.

When SUNDAY PUNCH visited the family house of the Akowes, sympathisers thronged the place. Patrick Akowe, father of the deceased four-month-old baby, who is a car dealer in Asaba, alleged that his wife killed the baby. According to him, Maureen had a premonition on July 13, 2015, of what the dog did to their baby.

“My wife had told me of a horrible dream she had of the dog she brought to this house,” he narrated tearfully.

“She said in the dream, the dog and the baby were seen on a big tree playing and all of a sudden, the dog kicked the baby from the tree and the baby fell and died. I screamed when she told me this dream and warned that the dog should be removed from the house. Few days later, my wife’s aunt, one Madam Beatrice Okonkwo, visited the house and while our interaction lasted, she claimed the dog was a guardian angel and on no account should the dog be sent out. After a while, I told my wife that the dog had started behaving in funny ways and should be taken away from our home but she said she would take it to the veterinary doctor for treatment.”
For a couple who had waited three years after marriage before having a baby, Akowe’s pains could not be imagined.

“I was in my office when I got a call that a dog had eaten my baby at the supermarket. Initially, I was confused and when I saw everything, I decided that I have nothing to do with Maureen, my wife, again. That was her first and only child and because of the confession made by her relations indicating a witchcraft activity, I see the death of my baby as mysterious. I do not think I can have anything to do with her again.

“My wife said it is the devil’s work and the devil has succeeded in taking her out of my house. I have warned her about the dog but she did not listen.”

However, neither the distraught mother nor any of her relatives in Asaba could be contacted as of the time of filing this report. She had packed out of her matrimonial home.,