Inmate rearrested after he refused to leave jail after release 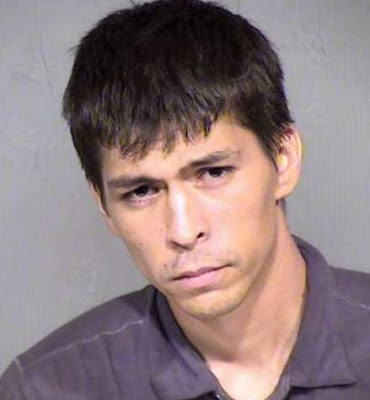 An Arizona man arrested on alleged possession of meth apparently liked the jail in Maricopa County so much that he didn't want to leave.

David Spurlock, 29, was released on Wednesday for the drug charges, but caused trouble when he refused to vacate the premises.
Sheriff Joe Arpaio said that officers forcibly escorted Spurlock away from the lock-up.

Police said when Spurlock was finally out of the jail, he ran to a marked semi-truck belonging to the Maricopa County Sheriff's Office and unsuccessfully attempted to start it up, according to the Associated Press.
"Maybe he liked the food so much, he thought he would take a truck load of my vegetarian meals with him," Arpaio said.
Officials said Spurlock told them he planned to sell the truck.

Spurlock was arrested and is back in jail on a burglary charge and is being held without bond.