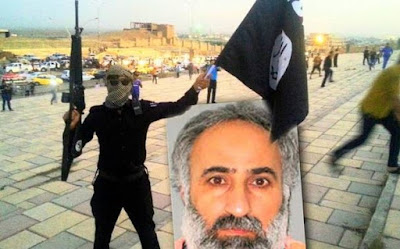 Islamic State deputy leader Hajji Mutazz has been killed in a US airstrike in Iraq. The White House has confirmed the terror chief was killed in a drone attack on a car near Mosul on Tuesday following a tip from an intelligence source.

Mutazz was ISIS leader Abu Bakr al-Bagdadi’s deputy and prominently involved in directing financial operations for the terror group and primary coordinator for moving large amounts of weapons, explosives, vehicles and people between Iraq and Syria.


National Security Council spokesman Ned Price said Fadhil Ahmad al-Hayali was travelling in a vehicle near the northern Iraqi city of Mosul when he was killed.

Al-Hayali's death is a blow to Islamic State operations because his influence spanned finance, media, operations and logistics for the group.

Also killed in the air strike was an Islamic State media operative known as Abu Abdullah.