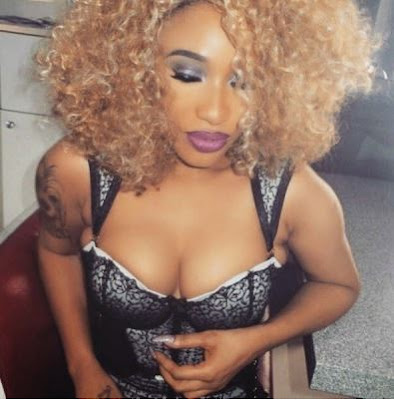 It’ll interest you to find out that controversial Nollywood actress, Tonto Dikeh has not acted in any movie in the last 2 years.

She made the revelation on the latest episode of ‘The Truth’ with Olisa Adibua where she said, ‘Yes, I’ve not done a movie in over 2 years’. She however hinted that she’ll be making her return to Nollywood soon and she might be making her own movie as well

And if you are wondering how she makes her money despite not acting, she said, ‘I do contracts, I’ve worked so hard. I cannot tell you everything i do, I do a lot of business’. When asked to reveal the kind of contracts she does, she said’, ‘I have a life outside entertainment, I’m an engineer and i’ll like to keep it that way’....

When asked if she’s in a relationship, Tonto said “Yes I am..I don’t do all that. (flaunt her love life) My Instagram is about me, my life, my kids(her dogs).”

It was my little friend’s birthday coming up and I had a similar bag,so I said ok, could you give me a bag and box that matches with that ?

I had not been in the country for almost two months, when it arrived .By the time I came to Nigeria, I looked at it.I mean,even if I had never used a designer before,I would know that was fake.

The bag was like $3000 because that was what she sent with the picture. I think they tend to send you the original copy of what ever it is. So that is what I got and I said I didn’t like it because it was fake and I couldn’t give that out as a gift.”

On how she resolved it, the actress said “I actually burnt the box ..Yes I burnt the box ..I couldn’t keep the box because I didn’t want it to be said that I kept it and was going to use it at some point.”

On why she didn’t return it, Tontolet said “I was going to give her but it was with my housekeeper for two months,waiting got her to take it.And when the instagram thing came out the next thing she sent me was a very insulting text message.”