Kcee slams rumours his brother, E-Money tried to use Skiibii for money ritual 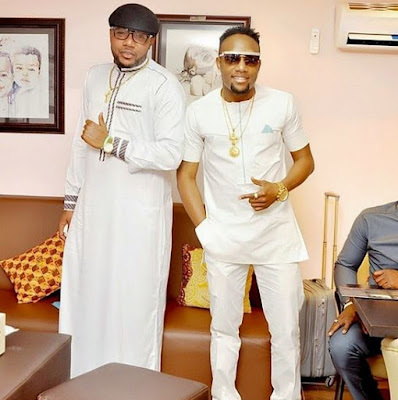 Kcee has expressed disappointment that his brother and chairman of Five Star Music, E-Money is being dragged into the Skiibii death scandal.Speaking on Wazobia FM, Kcee said

“I’m disappointed with people on social media who said that my brother, E Money, used Skiibii for money rituals. What gets me even angrier is that now that he did not die, they are saying his head was too strong for the juju and that is why immediately I came into the country I decided to use this medium to clarify issues.”
“I was on tour with my producer, Soso Soberekon in Norway when the purported rumour of Skiibii’s death broke. Somebody called Soso to confirm the news and Soso called his boy who confirmed that Skiibii col­lapsed and was rushed to the hospital but he did not know what exactly was happening but it’s like Skiibii was dead and so he told the caller that skiibii was actually dead.

“I later got in touch with my brother, E-Money, who said he had instructed that Skiibii be transferred to another hospital immediately. So the whole issue was misconstrued because of Soso and he has been placed on suspension by the management.”

Commenting, Skiibii said that he was hale and hearty. His words:

“I’m alive and healthy. This is not the first time this is happening to me. It’s like a blackout which occurs anytime I’m over excited. It’s happened two times and the last time was when I was on a plane with another label mate. I thank God I’m okay.”