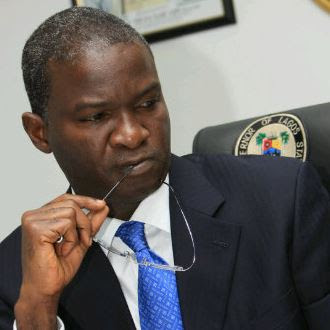 The Lagos State Government has removed the list of contracts awarded under the administration of former Governor Babatunde Fashola.

The list which was published on the website of the state’s Public Procurement Agency, www.lagosppa.gov.ng, stated that Fashola’s administration spent N78.3m on his personal website, www.tundefashola.com, in 2014.

The list further stated that Fashola spent N139m on the drilling of two boreholes at the Lagos House, Ikeja.

However, checks on Monday showed that the section which lists all the contracts awarded under
Fashola’s administration between 2013 and 2014 could no longer be accessed.

The website of the PPA was inaugurated by Fashola on July 15, 2013.

According to Fashola, the website is aimed at enhancing transparency, efficiency, accountability and value for money in the area of public procurement and asset disposal through the enactment of the Public Procurement Law, 2011, and the establishment of the requisite agency.

He had stated during the inauguration of the website that the details of contracts awarded by the government would be published periodically on the website.

Reacting to the development, the Coalition Against Corrupt Leaders said secrecy was one of the trademarks of the state government.

CACOL’s Executive Chairman, Mr. Debo Adeniran, said that was why the state government failed to implement the Freedom of Information Act.

He said, “The development gives credence to the belief that the state government’s activities are shrouded in secrecy. They believe that the government is a cult and only the initiates should have information.

“It is for this reason that the Freedom of Information Act has been frustrated by state governments, especially Lagos. Such websites are only accessible when the state government’s have some interests to serve.”

The Chief Press Secretary to Governor Akinwunmi Ambode, Mr. Habib Aruna, said he was not aware that the details of the executed contracts under Fashola had been removed from the website.

He, however, promised to investigate the matter.

Calls made to Fashola’s spokesperson, Hakeem Bello, rang out. He had also yet to respond to a text message sent to his telephone.