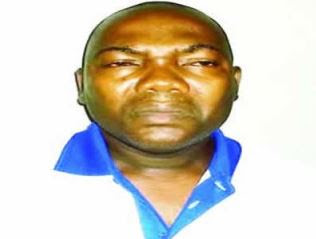 The part-time lecturer, Afeez Baruwa, who allegedly raped an 18-year-old admission seeker has been arraigned in court.

Baruwa was reported to have taken the victim, who was seeking admission into the University of Lagos, Akoka, inside a study room, where he allegedly raped her.

Punch reports that, the victim’s father, who belonged to the same landlords’ association with Baruwa in the Abesan, Ipaja area, had allowed his daughter to follow the suspect, on July 23, to UNILAG for an admission process.

Baruwa was said to have, however, raped the girl inside one of the study halls at about 9am, when the duo got to the campus.

The 42-year-old lecturer was arraigned before an Ikeja Magistrate’s Court in Lagos on Thursday.

Our correspondent observed the victim and her father in the court premises with agony written on their faces.The lecturer’s wife and other relatives were also observed in the court.