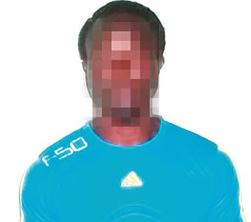 A man, Ajiboye Oluwaseyi, has been arrested for allegedly raping his two daughters ─ a six-year-old and a four-year-old ─ and his stepdaughter, 15, in the Lekki area of the state.

Our correspondent gathered that 37-year-old Oluwaseyi, who hails from Ondo State, was arrested on Wednesday, August 19, after his wife reported the matter to the police.

It was learnt that Oluwaseyi, who worked as a Lotto agent, had separated from his wife in December 2014.

He was said to have taken the two girls from his wife, leaving her with a baby (the third child).

Our correspondent gathered that Oluwaseyi, after sending the wife packing, allegedly convinced his stepdaughter, Simbi (pseudonym) to stay with him.

It was learnt that Simbi had allegedly been raped many times before she opened up to a neighbour, who brought the matter to the attention of the mother.
Our correspondent learnt that Olwaseyi’s wife went to a non-governmental organisation to report the sexual abuse of her daughter.

The police were subsequently informed and they arrested Oluwaseyi. They also took the three girls for medical tests.

Our correspondent gathered that the medical tests showed that Simbi had been raped on several occasions, while Oluwaseyi’s two daughters had also been defiled.

Speaking with PUNCH Metro, the suspect’s wife said she left her husband to avoid premature death.

She added that Oluwaseyi refused her access to her daughters until the NGO and the police got involved.

She said, “We were staying together in the Lekki Phase 1 area. My 15-year-old daughter, whom I had for another man, and the two daughters I have for Oluwaseyi were living with us until December.


“We had a quarrel and Oluwaseyi threatened to kill me. He sent me out.

“Family members, including his father, appealed to him to reconcile with me, but he refused. He also refused to allow me to see my daughters.

“When I heard about the rape, I confronted him on the matter. He boasted that nothing would happen to him. He broke bottles, and said he would kill me. Later on when I sat my first daughter down, she confessed to me that she was truly raped, and that it had occurred on several occasions.

“That was why I took the matter to the government, so that they would help me to check Oluwaseyi’s excesses.”

A police source told PUNCH Metro that the girls were examined at the centre, where they were confirmed to have been defiled.


“The woman initially left with the teenager and the two girls she has for Oluwaseyi in December, 2014. The suspect, however, trailed her and forcefully took the girls, threatening to take her life if she refused.

“The suspect was arrested on Wednesday, August 19, in the family’s Lekki apartment, while his daughters were also taken to the centre for tests. It was confirmed that they had been defiled. The two of them are in Primary 3 and Primary 1 respectively.”

Our correspondent learnt that the girls were in a good condition, and were currently living with their mother.

She added that Oluwaseyi had been arrested.