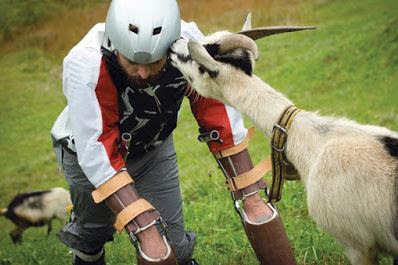 One man was curious about what life was like as a goat – so he decided to live among them.

It may seem like a crazy idea, but Thomas Thwaites went to a lot of effort for his goat mission.


He ordered special limb prosthetics that gave him hooves so he could walk on all fours comfortably.

He spoke to a behavioral expert on goats, and watched as a goat was dissected to learn more about the animal.

He even thought about constructing an artificial goat stomach for himself that would digest grass. 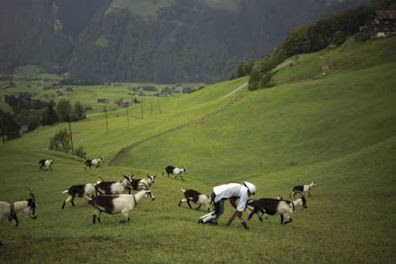 But the best part of all is that Thomas arranged to live as a goat. On a goat farm in the Swiss Alps. With actual goats.


“I was able to keep up for maybe a kilometre or so on this migration down the side of this kind of rocky mountain,” Thwaites told Motherboard, “and then they just left me in the dust.

“So I spent the rest of the day trying to catch up to them.

“And eventually I found them again, and it was quite nice, in the actual soft grassy pasture bit.

“But actually heading down the mountain was petrifying – because if I fell I didn’t have any hands to stop me from hitting a rock.”

He later found out that living as a goat wasn’t as easy as he’d expected.

It was too rainy and cold for him to sleep outside with the other goats, so he set up camp each night.

And the goats seemed largely unconvinced that this man wearing prosthetic limbs was one of their own.

“I found myself at nearly the highest point on the hill of the whole herd of goats, and there was this moment where I looked and noticed all the other goats had stopped chewing and were looking at me.

“I hadn’t been scared at all before, but I suddenly became aware of their quite sharp and pointed horns.

“A particular goat that I’d been hanging out with a lot seemed to have defused the situation.”

In total he spent three days with the goat herd, and another three days living as a solitary goat. 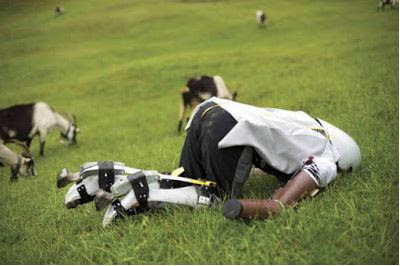 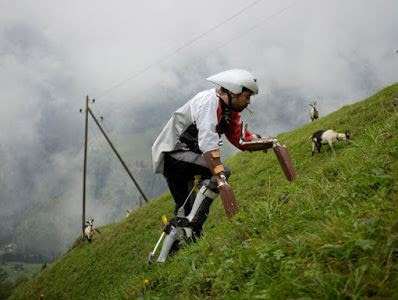