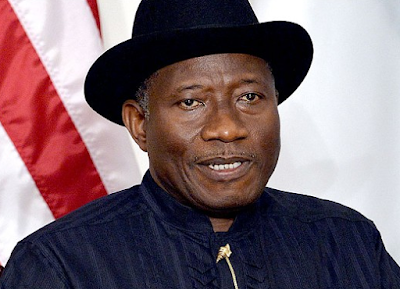 In an interview with Vanguard to celebrate his 70th birthday, former president of the Pentecostal Fellowship of Nigeria and the presiding Bishop of The Redeemed Evangelical Mission (TREM), Bishop Mike Okonkwo said that men of God in Nigeria failed to cast the spell on ex president Jonathan while he served as president.

"I admire ex-President Jonathan so much, but he didn’t have the gut to fight corruption. I will also blame the men of God. I will say the men of God, failed Jonathan. Because Jonathan was operating like somebody under some spell and we (the men of God) had the responsibility of taken him out of the spell, pray with him even for three days and whatever was holding him would have been removed.

'AD'
But we did not do that. Probably, he had the intention of doing the right thing but forces were against him and don’t forget he was not a matured christian. We would have taken him out and probably we would not be in this mess today"he said

Take your sentiment else where. How much did he pay you shameless to post this nonsense. Get a life and delete this stupid post.