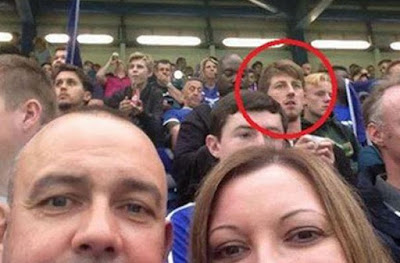 A heartbroken mum has pleaded for the help of Chelsea fans in finding her missing son - who vanished 11 months ago - after she 'spotted' him in the crowd at Stamford Bridge.

Lesley Edwards, 54, has been desperately searching for Jon Anderson Edwards after he disappeared without a trace while working in Lagos, Portugal, in September 2014.

The chef, originally from Arbroath, Scotland, suffered head injuries in a fall and the 31-year-old then failed to turn up for work.

His friends later discovered he had left his clothes, passport and phone in his apartment and a police search in both Portugal and the UK has so far drawn a blank

But Lesley, who initially travelled to Lagos to search for Jon, believes she may have spotted her son among Chelsea supporters in a picture taken at a recent game.

"We've been searching for him for almost a year now and we've had so many wrong sightings and different twists and turns but I saw that picture last night and said 'God that looks like John'.

"My heart skipped a beat and I was up half the night. Even if we can find the information to discount it at least we can move on but if it's not him it's his absolute double...

Lesley is looking for help from anyone who may be able to confirm or rule out the sighting and an appeal has already been shared more than 1,500 times on Facebook. 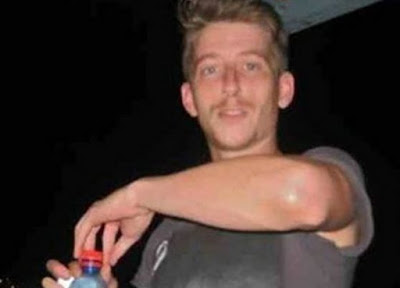 "The search was really well publicised over in Portugal but we've never had any information, it's a mystery.

"He went out on a Friday night and had a fall and said he'd been feeling sick and dizzy afterwards. He went missing without his phone, clothes and passport.How he'd have got back into the country I don't know as the Portuguese police still have his passport.

"We're contacting the club and police to try and get to the bottom of it but we're hoping someone out there who was at the game or recognises him may be able to help us."