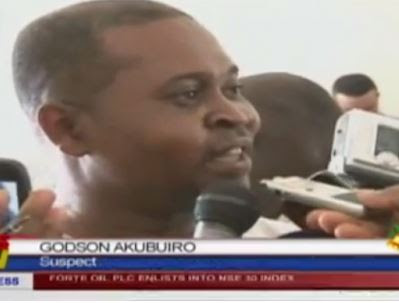 The Kogi State Command of the department of State Security Service as arrested a clergyman, Reverend Godson Akubuiro, his children and his 15 man syndicate for printing and circulation of fake Naira notes

The state Director Security Service (SSS) Mr Mike Fubara told journalists that the major breakthrough came as a result of painstaking investigation for over four months which took the operatives of SSS to Ikorodu in Lagos where they were all arrested.

Fake currency printers and distributors used by the suspects were seized by the SSS.