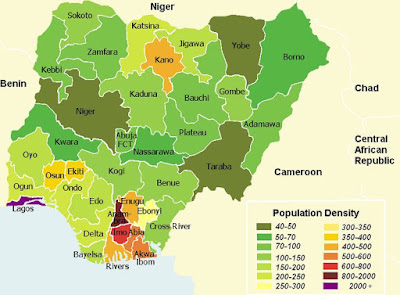 Nigeria is one of the most popular countries on the African continent. Regarded as the giant of Africa, the country has provided inspiration for several songs written over the last 50 years.

Most of these songs are positive, other are reflective, and some are just about having fun. It is impossible to live in the country and not know about schoolhouse classics like “Nigeria, my beloved country” and “Which way Nigeria” but those famous patriotic odes are not the only ones to give a musical shout-out.

“Nigeria my beloved country, working together is the key…”

Famous lyrics of all times! This song by Funmi Adams is one of the greatest songs ever released in the country as it still brings feeling of nostalgia to any Nigerian who was born in the 80s. An easy sing-along rhythm, Nigeria My Beloved Country hints at the nation’s potential to do more than just survive. It talks about unity, peace and how the country can only grow by working together. The song ends with the phrase “Our future is you and me” which aptly summarizes the message of the entire song.

A quintessential patriotic song, it captures the pride of this great nation in the form of a melody that is recognizable. It may be a bit dated, and even a little cheesy, but it is hard to deny the power of a song that was almost a national anthem for nearly two decades.

A disco song released in 1984 and performed by one of the rising stars at that time, Veno Marioghae, Nigeria Go Survive details Nigeria’s vast human and natural potentials compelling citizens who were weighed down by the woes of the austere military regime in place at time to hold on to peace.

A huge hit ten years ago and into the 21st Century with a 2010 re-mix made byDMSquared featuring J’odie , the song written in pidgin was meant to give Nigerians hope as they endured perilous times. It also implored those who had plans to leave the country to stay and help build the country.

Although the lyrics are sad, the chorus is catchy and the beat is quite hip and danceable.

Which way by Sunny Okosun

“How long shall we be patient before we reach the Promised Land?” was one of the questions raised in the epic song composed by Late Nigerian music legend, Sunny Okosun.

The medley which addressed issues that plagued and unfortunately the country was a smash hit in the late 1970s to mid ’80s.The song listed inefficiency, indiscipline, corruption, inflation, unequal distribution of wealth and greed as the key reasons behind the country’s inability to grow, suggesting green revolution and unity as the way forward.

Okosun encouraged Nigerians to start with small steps towards achieving a great future, reminding them not to blame the government for issues as everyone was a part of the government and only through working together will Nigeria be saved. The beat is slow but danceable, however the message is so deep that the listener’s attention is first to the lyrics before the beat.

A heartfelt song released in November 2012, Great Nation speaks to the Nigerian people of today. The song stresses the possibility of unity in diversity and goes further to assure Nigerians that the country holds a promise and someday would rise like the sun. It also urges Nigerians to take steps of faith towards building the country and defending it as it is all they have.

Written by the Timi Dakolo who came into the limelight after winning the first season of Idols West Africa, the hit went viral shortly after it was released and was performed at the Inauguration ceremony of former President Goodluck Jonathan.