No Individual is Yoruba Leader —Obasanjo 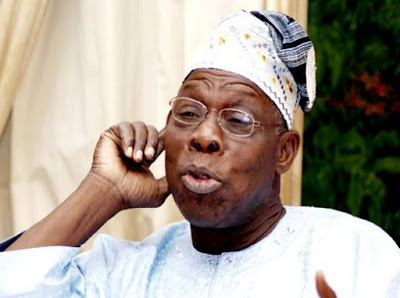 Former President Olusegun Obasanjo has said that no individual can be regarded as the leader of the Yoruba.Obasanjo stated this in his book, titled, “My Watch: Political and Public Affairs,” where he addressed what he called his “Nigerianness and Yorubanness.”

In chapter 31, titled, “Campaigns and Elections,” Obasanjo said Nigeria did not need tribal barons as leaders.

He added that there was nothing like Yoruba leadership in Yoruba land.

The former President said, “Just as there was no single oba having sovereignty over the whole of Yorubaland, there was no individual as leader of the Yorubas in Yorubaland. As it was then, it remains till now.”

He noted that even among the Yoruba obas “there is equality, but mutual respect.”

Backing his claim with a saying, “no crown is subordinate to another,” the former President said cities and areas were normally of different sizes.

He recalled that in the past, obas never saw one another, but sent messages through emissaries.

According to him, it was the colonialists that made the obas to see one another face-to-face. The colonialists, he said, went further to rank Yoruba traditional rulers.

Obasanjo noted that in the North, the majority of emirs accepted the Sultan of Sokoto as the direct descendant of Usman Dan Fodio.

He said the Sultan was accepted as the leader among Hausa/Fulani traditional rulers.

“The Yorubas did not have such a clear-cut and accepted hierarchy. Every oba maintains sovereignty over his domain,” he added.

Obasanjo explained that ‘baales’ (chiefs) were appointed by obas within their domains.

The former president said the supporters of the first Premier of the Western Region, the late Chief Obafemi Awolowo, “fixed” the title of Yoruba leader on the late sage during the Civil War.

He recalled that during the war, different ethnic groups met separately to consider positions and issues for the future of Nigeria.

According to him, Awolowo presided over the meeting of the Yorubas in Ibadan.

“In the course (of the meeting), Chief Awolowo presided. His supporters then fixed the title of Yoruba leader upon him,” he stated.

Obasanjo said that some people, including Chief Adisa Akinloye, did not accept Awolowo as the leader of the Yoruba.

Obasanjo said that after he successfully ended the Civil War, some people began to extol his “Yorubanness.”

“I did not encourage this. ‘My Yorubaness’ and ‘my Nigerianness’ must go pari passu, and one must not stand in the way of the other,” he stated.

Explaining the relationship between the two, Obasanjo stated that his parents were from Owu in Abeokuta.

He stated, “I bear Owu tribal marks. And better or worse still, I speak English with my Owu dialect. I have always maintained and felt proud of my ‘Owunness’, ‘Yorubannes’ and ‘Nigerianness’ in that order.

“They are all parts of my cherished identity. But I have always refused and I will always refuse to be constrained, diminished or reduced to the level of Yoruba leadership.

“Without being immodest, I am a national leader, an African leader and a world leader in my own way.”

He stated, “I strongly believe that Nigeria needs nationalists to propel it forward. Myopic tribal barons and tendencies will not take us too far.”

Obasanjo said that Nigeria was inadvertently deprived of nationalists as leaders at independence.

“Other countries like Tanzania, Kenya, Zambia, Ghana, Cote d’Ivoire, Mali, Senegal, Cameroon, to mention a few, were not so deprived,” he noted.

He expressed the hope that Nigeria could still regain what it lost at independence.

Obasanjo further said, “If a person is born in the Yoruba, Igbo, Nupe tribes, it is important that he tries and grows up as a Nigerian with total commitment to Nigeria.”

This, he explained, was a sure way “to make Nigeria stable, secure, developed and great.”

He said that the misapplication of personal and tribal interests was the bane of political stability and rectitude in most African countries.

“I have always believed that the interest of any Nigerian tribe can best be met and served when the national interests are served and not outside it,” he added.

The Nigerian leader said that where the need arose, in the interest of justice and fairness, he had spoken and acted on behalf of the Yoruba.

He stated, “I have done so, but not against the overall Nigerian interests or against the interest of any other groups for that matter.”