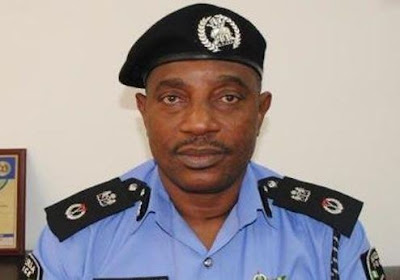 The Inspector-General of Police, Solomon E. Arase, has called on members of the public including medical personnel to attend to accident victims and persons with gunshot wounds without any police report when the need arises. In a statement released today August 21st, Arase said the police can be informed afterwards for necessary action after the injured have been given proper attention. The full text of the statement after the cut...

The Inspector-General of Police, IGP Solomon E. Arase, NPM fdc has enjoined members of the public including medical personnel to attend to accident victims and persons with gunshot injuries and thereafter, inform the Police for necessary action.

This became imperative, following neglects and consequent untimely death of victims in this regard out of fear of being implicated without Police involvement.

The Police High Command also directed its Officers and men not to harass good Samaritans/Nigerians in this regard, but endeavour to elicit correct facts in relation to incident from them.

Doctors on duty are equally duty bound to treat victims of gunshot wounds and further inform Police of relevant facts. The safety of Nigerians is a collaborative effort of all and sundry. Police therefore, enjoin citizens not to relent in their cooperative attitude in ensuring safety of all. While they are also to report any suspicious person or persons to the nearest Police Station.

What? Nigerian Police finally waking up??? Do they know how many innocent lives were lost due to Hospital needing Police report to treat victims of Gunshot and accident? The right thing in regards to Samaritans would be to restrict them from touching victim but call for medical help for them. I am proud of the IG for making good decision. All the previous IG think of their pockets eg Tafa Balogun.