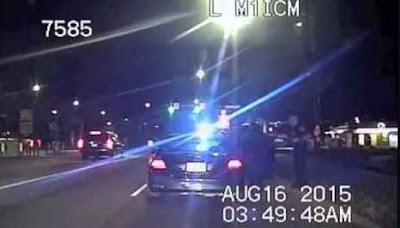 Seattle police officers wound up helping with the birth of a baby after a routine traffic stop and it was all recorded on a patrol car's dashboard camera.

The department says Officer Anthony Reynolds pulled over the car after he saw it speeding and running red lights in South Seattle at about 3:45 a.m. Sunday. The driver opened his door and shouted that his wife was in labor.

Reynolds radioed for an ambulance, but it didn't get there in time, and 3 other officers arrived just as the baby was born. The girl gave a cry but then began struggling to breathe, and Reynolds helped the mother clear the baby's airway and got her breathing again.

The police department reports that the family is doing well, and they sent along a note thanking the officers.