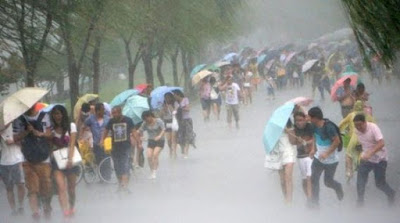 At least six people have been confirmed dead, four missing and over sixty seriously injured when Typhoon Soudelor hit Taiwan early this morning Saturday August 8th. Taiwan Power, the island's main power company, said 2.94 million households are currently without power. Hundreds of flights have been delayed or cancelled, according to Taiwan authorities.

Thousands of people were evacuated as the storm approached and the island's military put tens of thousands of troops and thousands of vehicles on stand-by for rescue operations.

The storm made landfall early in the morning on the island's east-coast counties of Yilan and Hualien, bringing up to 1,000 mm (39 inches) of rain in mountainous northeastern areas and wind gusting up to 200 kph (124mph). Typhoon Soudelor is expected to cross the Taiwan Strait and hit the Chinese province of Fujian late today. Some photos below... 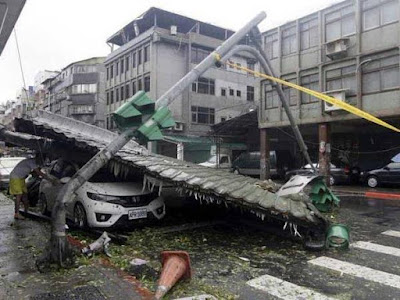 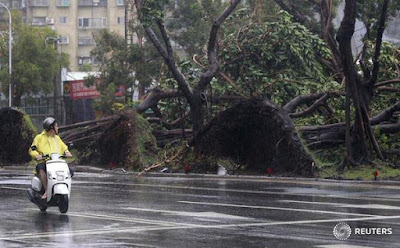 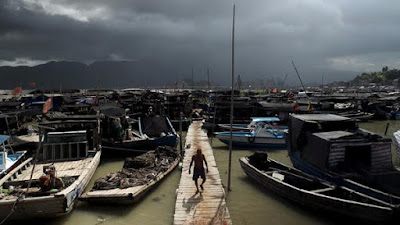 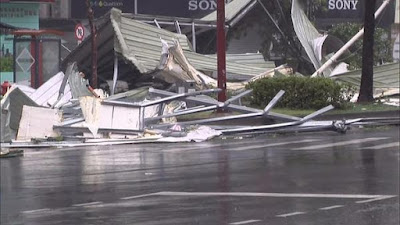 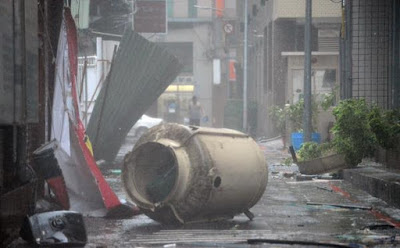 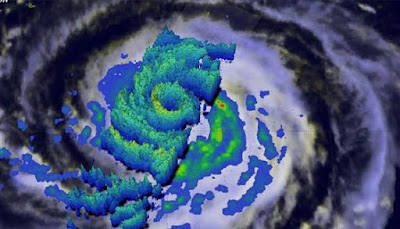 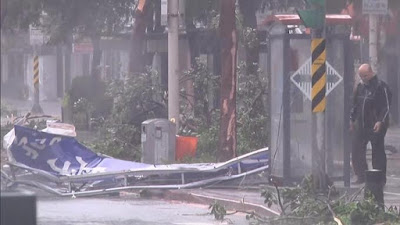 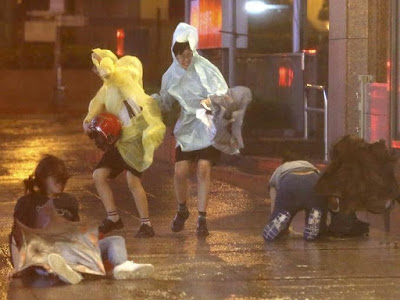 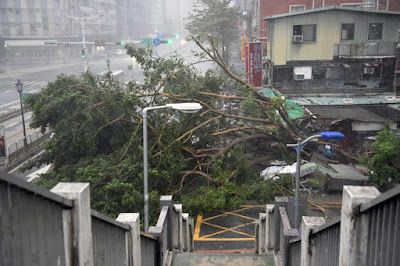 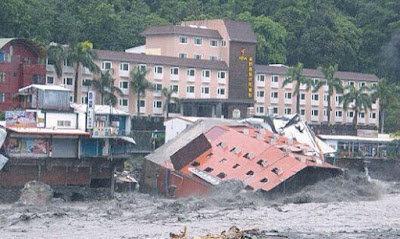 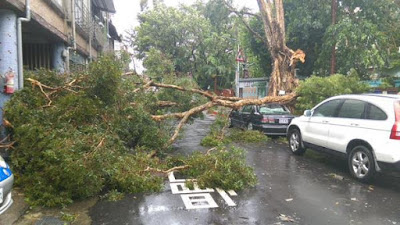 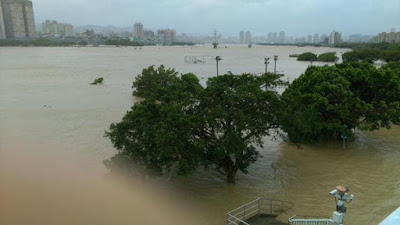 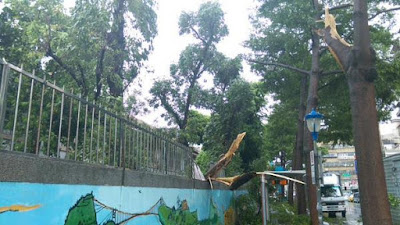