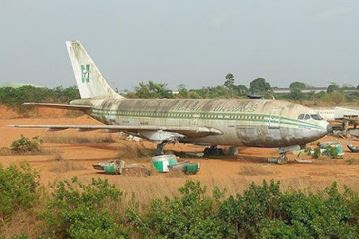 While briefing the State House correspondents at the presidential villa, the Permanent Secretary of the Aviation Ministry, Binta Bello, said the President was worried about Nigeria not having a national air carrier. She also said the President was briefed on the challenges domestic airlines were facing despite federal government’s N300 billion intervention fund designed to boost their operations.

According to her, the airlines were hugely indebted to regulatory agencies under the Aviation Ministry, including other factors that have left some of the airlines still struggling to maintain optimum operational capabilities.

Binta Bello also added that the four state-of-the-art terminals being constructed with Chinese Bank loan will be ready by the first quarter of 2016.