Royal Thief: Son of Oba in Lagos Arrested for Robbery 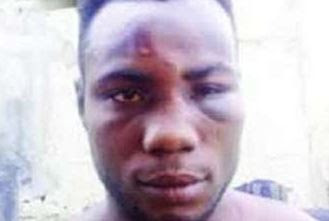 A son to the traditional ruler of Lakowe area of Ajah, Lagos State, identified as Saheed, aka Ejo (Snake), was among the suspected robbers arrested after he led his gang to rob motorists plying the Lekki-Epe Expressway during traditional festival the community.


Eye witnesses report that while residents were mandated to stay indoors as the annual Oro rites were being carried out, Ejo and his gang capitalised on the curfew imposed on the community and unleashed havoc on the community on the fateful day, attacking mechanics and motorists they found outside.

A mechanic who fell victim of the rampaging hoodlums, Segun Borokini, narrated how he was attacked and robbed of the sum of N150,000 and his phones by the gang.

“They beat me up and collected my phone and N150,000 that a customer just gave to me.

"I reported to the police and they told me to go and treat myself first. When I went back today (Thursday), I was told to pay N10,000 to facilitate the arrest of the suspects. I left because I did not have any money to pay.”