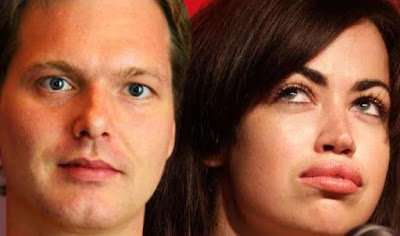 Skype co-founder claims he got the picture when he found out his fiancee allegedly cheated on him, and now he's suing to get the ridiculously expensive ring back.

According to TMZ,Janus Friis claims in a new lawsuit, he got engaged to Maria Louise Joenson -- ﻿a Danish recording artist who goes by Aura Dione -- back in 2013. As a symbol of his love, he gave her a $471,000 engagement ring, an apartment and cash, but claims there were strings attached to the gifts ... they had to seal the deal.
Friis claims he learned she had "multiple affairs and sexual encounters with other men" and broke off the engagement. So now he wants his stuff back.