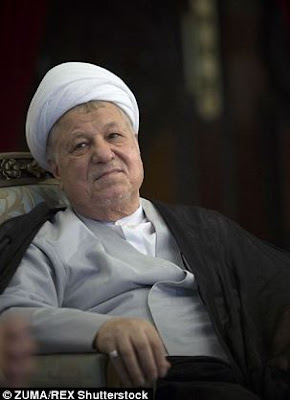 Asenior Iranian official has warned that, our world will soon be engulfed by a 'third world war' sparked by terrorists.

Akbar Hashemi Rafsanjani, the chairman of Iran’s powerful Expediency Council, made the claim during a meeting with a senior Italian politician this week..

'The threat of the outbreak of the third world war by the terrorists is serious.'The US and the NATO had invaded Afghanistan to uproot terrorism and narcotics, but we saw that terrorism expanded in the form of the ISIL, Boko Haram and Al-Nusra Front to remote parts of the world from Al-Qaeda and Taliban in Pakistan and Afghanistan.'

He later called on Western nations to stop their 'support' of terrorist groups in the region.Although it was unclear what groups he referred to, the U.S. and Iran have aligned themselves with opposing ethnic groups in several conflicts throughout the Middle East.