US Frowns At Oshiomhole Over Comments On $6bn Theft 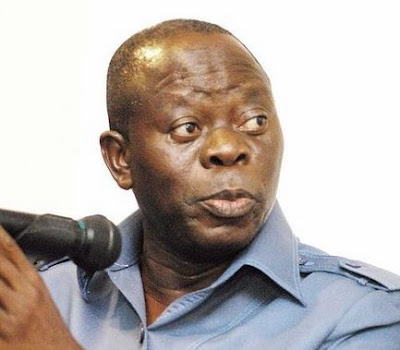 The United States is presently showing displeasure over comments made by the Edo state governor, Comrade Adams Oshiomhole, that some senior officials of the Department of State had given a name of a former minister who served under the administration of former President Goodluck Jonathan and alleged the the said person stole $6 billion.

Recent findings by our correspondent at the Department of State in Washington, DC showed that there was no time that any senior official of the Department told Governor Oshiomhole or any member of President Mohammadu Buhari’s delegation that came to the United States recently, that a certain former minister had stolen the said amount.

It was reliably gathered that the United States government truly indicated that several billions of dollars were stolen under the administration of Dr. Jonathan but nobody’s name was mentioned to the Nigeria’s delegation as repeatedly said by the Edo state governor.

A top official at the Department of State’s media unit confided in our correspondent in an electronic mail that the United States government had not given names of those that stole Nigeria’s oil money to the administration of President Mohhamadu Buhari neither did it mention indicted a particular former minister to have stolen $6 billion.

The official who pleaded anonymity for fears of retribution condemned claims by Governor Oshiomhole that his colleagues had mentioned a particular name of someone (former minister) who stole $6 billion under the immediate past administration. She said that the America is not taking the allegation lightly and will be ready to counter it at the right time.

She pressed further that it would be wrong for Nigerian officials to come to America on a mission and then get back to their country to make indicting statements that could preempt the plans of the United States government to support Nigeria in tackling corruption.

Asked why the United States government has not responded to the claim up till now, the official said that the office would react only if Governor Oshiomhole could mention names of the officials who gave him the name of the said former minister.

“As far as i know, nobody from this office mentioned any name or names to the delegation. We are against the level that corruption has reached in Nigeria and all we did was to assure the Nigeria’s president and members of his delegation that we will work together with their government to tackle corruption and expose those that are banking stolen funds with American banks. We will respond to this very serious allegation once the governor mentions all the names of the official of this office that told him exactly what he said in the press” the official hinted.

It would be recalled that Governor Oshiomhole had on return to Nigeria after the official visit with President Buhari to Washington, DC, said that some senior officials of the Department of State mentioned to him a name of a former minister who stole $6 billion.

All efforts to get the reaction of the Special Adviser to the governor on Media and Publicity, Mr. Kassim Afegbua, through a message via his Facebook account proved abortive as he did not respond as at the time of filing this report.