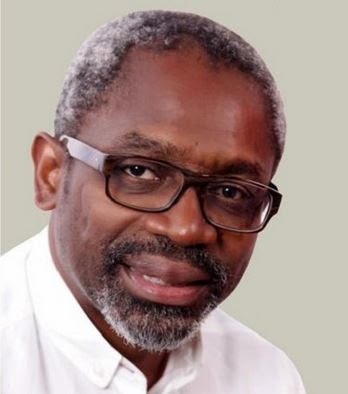 The Peoples Democratic Party caucus at the House of Representatives said on Sunday that its members were in shock to hear that President Muhammadu Buhari actually supported the ambition of Mr. Femi Gbajabiamila to be the Majority Leader of the 8th Assembly.
Gbajabiamila, an All Progressives Congress lawmaker from Lagos State, initially wanted to be the Speaker but he lost the election to an APC member from Bauchi State, Mr. Yakubu Dogara.

Following a 49-day leadership tussle, Gbajabiamila eventually emerged on Tuesday last week as the Majority Leader of the House.

However, the PDP lawmakers stated on Sunday that the latest revelation that the President was backing Gbajabiamila to be the Majority Leader went contrary to his initial public declaration that he would remain neutral in the choices of the principal officers of the National Assembly.

At an interactive session with journalists in Abuja last Friday, Gbajabiamila had disclosed how he wanted to opt out of the race for principal officers but was prevented by the President.

The Lagos lawmaker had said, “But, on principle, the President did not accept it (that he should give up fighting); my party did not accept it and I thank God for the kind of confidence they have in me to be able to deliver the goods for the party.

“Who am I to say no? It was on principle that we stayed on course.”

The Minority Whip of the House, Mr. Yakubu Barde, who spoke on behalf of the caucus, noted that it would appear that the President did not tell Nigerians the truth when he earlier said that he was not interested in whoever emerged as principal officers in the legislature.

He added that the majority leader’s revelation had also thrown up the question as to who between Buhari and Gbajabiamila had lied to Nigerians.

The caucus whip stated, “However, with the latest revelation by Gbajabiamila, we are not sure who is telling the truth between the two men.

“It is either one of them lied to Nigerians or both men jointly and separately lied.

“If as Gbajabiamila claimed, Buhari did influence his emergence as House leader, it will rather be unfortunate that the President is not a man of his words and Nigerians should now begin to scrutinise every word that emanates from him.

“We are alarmed by this development because it portends grave danger for our democracy and the independence of the legislature.

“The President must resist the temptation to use his power and influence to compromise the institution of the National Assembly by directly involving himself in the process of emergence of the principal officers of the House.”

The PDP caucus said the development also suggested that the President belonged to “a few people” as against his inauguration declaration of “I belong to everybody and I belong to nobody.”