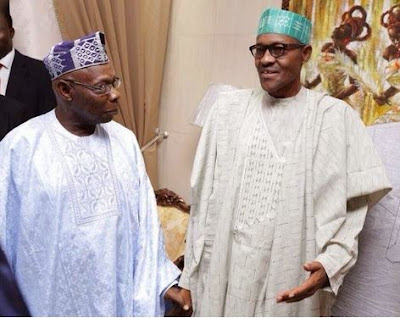 The leadership of the Labour Party on Wednesday asked President Muhammadu Buhari to adopt a holistic approach in his anti-corruption crusade by ensuring that the probe of past administrations extends to former President Olusegun Obasanjo, his deputy, Atiku Abubakar, Senate President Bukola Saraki, Bola Tinubu and former state governors.

Against the background of last Tuesday’s pledge by President Buhari to commence probe of looters of the public fund, Labour Party reminded the president of the unfinished probe of the Halliburton corruption scandal in which prominent politicians were implicated.

'AD'
Speaking in an interview with journalists in Abuja yesterday, the national chairman of LP, Abdulkadir Abdulsalam, said the fight against corruption must be backed up with proper blueprint that will ensure that highly placed persons did not evade justice.

He said that President Buhari must try to probe everybody who has been petitioned, adding that government should revisit the Halliburton issue to enable Nigerians know the true position of things.

“I want to refer to the statement of the President yesterday when he said that looters trials will begin very soon.

Firstly, I want to state that it is a welcome idea and development in our fight against corruption, but the fundamental question is; what are the pragmatic mechanism put in place by the Buhari administration and the APC to fight corruption. What is the blue print?”