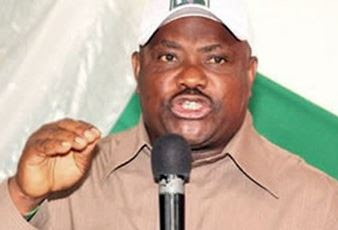 The Governor of Rivers State, Gov. Nyesom Wike promised to complete relevant projects that were started by the previous administrations, including that of former Governor Chibuike Amaechi.

Wike gave the assurance in Port Harcourt, yesterday, when the Archbishop of the Niger Delta Province, Anglican communion, Archbishop Ignatius Kattey, visited him in the Government House, Port Harcourt.

He promised that his administration will take the state to greater heights by fulfilling his campaign promises to the people.
He said:

“Our administration shall never lose focus. We have made promises and we shall keep to the promises. Any project that will impact positively on the lives of the people of the state will be completed by this administration.”

Earlier, the Archbishop of Anglican Province of the Niger Delta, Archbishop Ignatius, described Wike as a man who kept promises, noting that the development projects of the administration should be commended.

He also urged the governor not to be distracted by unwarranted attacks on his person by political opponents.