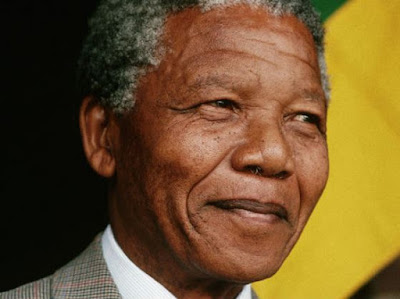 The grandson of Winnie Mandela and former President Nelson Mandela appeared in the Johannesburg Magistrate’s Court on charges of the rape of a 15-year old girl in Greenside, South Africa. It’s alleged the teen was raped when she went to use the rest room in a restaurant and the boy grabbed and raped her inside one of the toilets.

The young man, who is in his 20s, cannot be named until he pleads guilty to the allegation leveled against him.


According to Daily Sun, the incident happened at a popular restaurant on Friday, August 14th. The boy’s grandmother Winnie Madikizela-Mandela’s bodyguard intimidated the father of the rape victim when he initially tried to file a criminal charge against him, according to girl’s family spokesperson.

"Instead, Winnie’s bodyguard went to the family pretending to be a cop. The father was told there was no need to arrest the suspect but when the father asked to see his badge, he didn’t have one. It turned out he had been sent by Winnie" he said.

Meanwhile, Winnie Mandela promised to hand him over to the police. She also said she will call a press conference. None of the promises has been so far kept. "

Just because they have a famous surname, they think they can get away with crime. Children can’t just be raped and then everything is alright. The girl is young and doesn’t even drink" the spokesperson added.