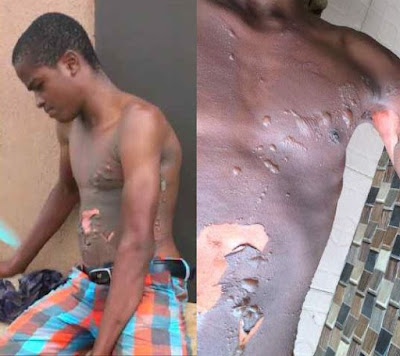 According to a report on Niaraland, a woman identified as Mrs Achilefu who resides on No 12, Ayoola street, Gemade Estate brutally assaulted her domestic servant today.

He is said to be in hospital right now while the madam who was taken to a police station was released within a short while..

'AD' Some residents of the estate have taken it upon themselves to ensure that justice is served in this case..