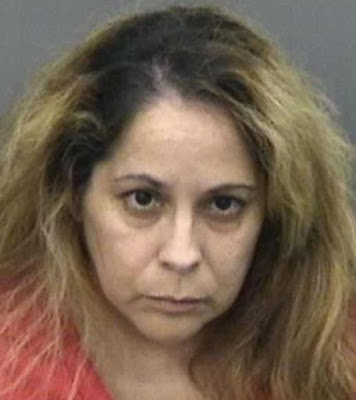 An accused robber told a court she held up three banks in May to raise money for her daughter's graduation party.

Cindy Sanchez Carabeo, 50, of Brandon, Florida, pleaded guity in federal court on Thursday to one count of interfering with interstate commerce by robbery.Carabeo told a judge she robbed the banks to pay for a graduation party for her daughter and to cover her rent. She faces up to 20 years in prison.

Police arrested Carabeo in May after she stole $6,000 from a BB&T Bank, a Wells Fargo and Florida Central Credit Union in Brandon in less than the time it takes to deliver a pizza.

However, investigators nabbed her even faster, according to Larry McKinnon of the Hillsborough County Sheriff's Office.

"By the time she made it home after that third robbery, within 15 minutes we had her in custody and all three bank managers were able to positively identify her," McKinnon said.