Woman runs over her husband after argument, kills him (Graphic Photo) 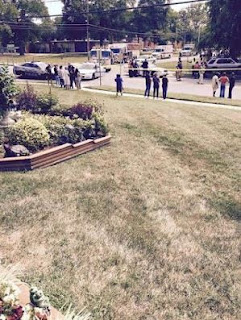 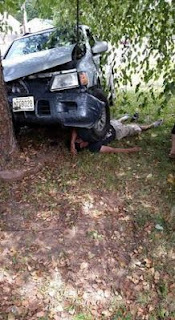 A woman intentionally ran over her husband in Lanham, MD, Maryland, USA with her SUV on Sunday afternoon after they argued over something. The man, who you can see under the tyre (right pic) was pronounced dead on the scene. 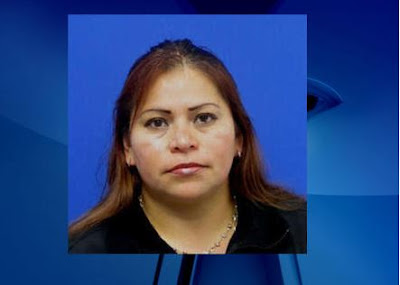 The suspect, Araceli Alvarez-Mendoza, 37, and her husband, Fernando Fragoso-Duana, 36, got into an argument at their home on the 9400 block of Worrell Avenue, according to Prince George's County police. Fragoso-Duana then left the home and began walking in the neighborhood.

Mendoza followed her husband in an SUV and intentionally ran him over with the vehicle, police say.

"She ran him over. I sat there and I watched her, she did that on purpose," a witness told News4. She opened her front door to find the wrecked vehicle in her front yard, and said Mendoza stepped out of the SUV screaming. Mendoza then tried to pull her husband from underneath the vehicle to no avail.

A neighbor tried using a car jack to lift the car off of Duana. 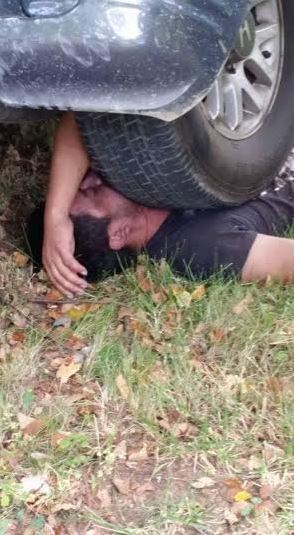 Police arrived the scene and found Duana unresponsive underneath the SUV. He was pronounced dead at the scene. Mendoza is charged with first-degree murder and has admitted her involvement in her husband's death, police said.