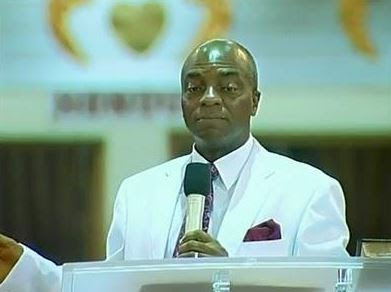 Bishop David Oyedepo, The GO of Winner’s Chapel and founder of Covenant University, , has pinpointed the idea of gender equality and women liberation as the reason for the high rate of divorce cases in the world.

The pastor made this known during the third service of his church in Ota, Ogun State on Sunday., He noted during his sermon that the increasing call for and approval of equality between women and men has spilled into their marital lives. The man of God added that such women now equate themselves with their husbands, against the biblical doctrine which states that women ought to be submissive to their husbands and that men should love their wives.

In buttressing his point, he also stated that cases of divorce were most common in the western world because people in such places have thrown the dictates of God away and have instead started imbibing self-made laws that allow them to live with near-absolute freedom. When you copy the west, you make a huge mistake. They have murdered freedom. they encourage Gays and lesbians. You want to be equals with your husband and you want peace? its impossible. he added