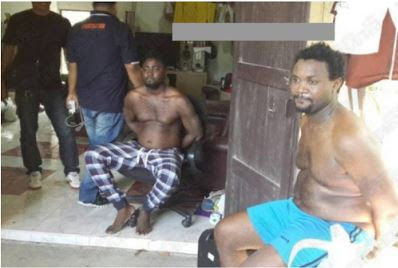 Two Nigerians have been nabbed producing Cocaine in Thailand. Identified as Joseph Uyamadu, 43, and Emanuel Umiano, 33, they were arrested on Monday alongside a Peruvian, Ammando William, during a raid at their rented house in a rubber plantation in Ban Kai district of Rayong province.

The house was used to hide a large number of chemicals and materials used in producing drugs.

After an extensive search on the premises .an amount of cocaine hidden in the flush tank, a bag containing black and sticky substance similar to raw opium, black sheets of substance, choric acid, electric grinder, a microwave oven, kerosene, and two cars were found ..

They were detained at Ban Khai police station pending investigation into their drug records. 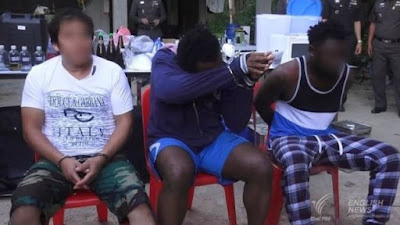 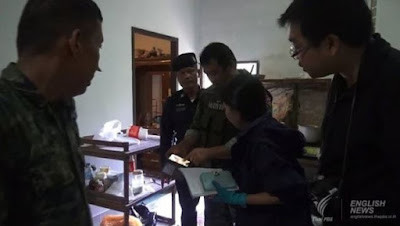 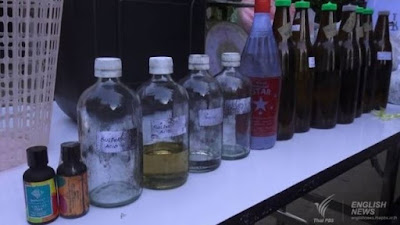