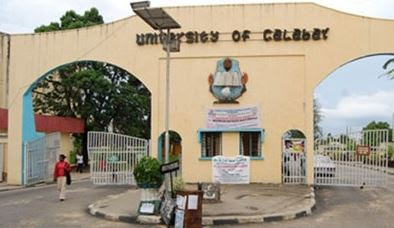 The mother of the victim, Mrs. Irene Akpan (not her real name), who is resident in Uyo, Akwa Ibom State, told our correspondent on Monday the incident happened between 3 and 5pm on August 29 at the dean’s private office in the faculty building. She alleged that Ndifon forcefully had sex with her daughter.

The school authority has confirmed receipt of the complaint from the victim, while the police have also corroborated it. The police said the matter was being investigated.


Narrating the experience of her daughter, Akpan claimed the dean had set a one-hour test for the students on that Saturday, assigning two lecturers to supervise; but 20 minutes to the end of allotted time, Ndifon entered the hall and ordered the students to stop writing.

Akpan said while the students were preparing to submit their answer sheets, Ndifon approached her daughter, tore her answer sheet and left the shreds on the seat. She said,

“He walked straight to my daughter’s desk, collected the script and tore it. He left the torn script on her seat, but the girl picked the pieces and kept them in her bag. According to her, you will still have to pass through the faculty before leaving the building.

“She said as they were leaving, the dean accosted her again and asked if she still had the shredded script. He instructed her to follow him to the general dean’s office to recopy the answers on another plane sheet, which she did.

“The unsuspecting girl followed him to the general office where two people were, including the dean’s secretary. The office of the dean is on the first floor of the building, according to my daughter.

“She said while writing in that office, the dean who had earlier gone out, came in again and instructed her to follow him to his private office on the second floor so that she could comfortably use the table.”

The victim’s mother said five minutes after getting to his private office, the dean locked the door, concealed the key and started making advances, adding that they struggled but Ndifon subdued her and had sex with the girl.
She said her daughter was later taken to the Airport Police Station along IBB Way in Calabar, where she gave statement and also had medical examinations at the police clinic.

Akpan also said her family had personally written a letter of complaint to the university through the vice-chancellor, Prof. James Epoke, who on receipt promised to act on it.

Attempts to speak with Ndifon proved abortive as he did not respond to several calls placed across to him through his mobile phone.

The Public Relations Officer of the university, Mr. Effiong Eyo, said the institution was seriously looking into the matter.

“I have not been able to confirm but I believe a panel has been set up to look into the matter. The authorities are looking seriously into it,” Eyo said.

Also, the state Police Public Relations Officer, Mr. Hogan Bassey, said he could not give details because he had yet to get formal briefing on the outcome of the investigation. Bassey said,
“The command is investigating the case. The case of rape or sexual assault requires discreet investigation and we have to handle it with care.”

But a lawyer in the school, Mr. Innocent Ovat, who spoke for the accused, said there seemed to be a slight contradiction in the letter sent to the school by the victim.

Quoting the letter titled, ‘Report of sexual assault and harassment by Prof. Cyril Ndifon on me’, In the letter made available to our correspondent, Ovat reffered to the victim’s claim, which read, “He removed his clothes and brought out a condom from his office shelf, wore it and penetrated forcefully and painfully.

“We heard a knock on the door, he picked his clothes and quickly wore them and acted like everything was normal and then he proceeded to open the door. He left me there and went downstairs with the person that knocked.”

Ovat wondered why the girl did not seize the opportunity of the knock on the door to raise the alarm for rescue.

“Why did she not raise the alarm when the door was opened,” he queried.