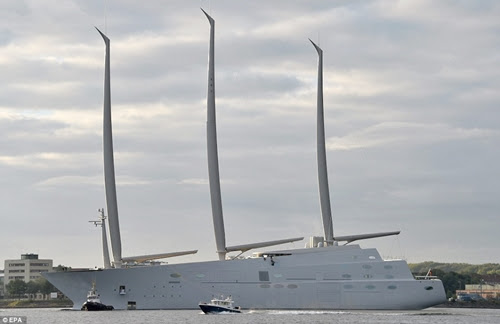 The luxury yacht, that was built at a shipbuilding yard near Hamburg, Germany, has masts that are 300ft high and is the largest sailing boat in the world

Russian billionaire, Andrey Igorevich Melnichenko, has upgraded his £190million superyacht for a new model at a cost of £260million. The 'Sailing Yacht A' which Melnichenko is thought to have named 'A' to ensure it is listed first in shipping registers, is taking its first sea trials in Kiel, northern Germany.

The behemoth is the world's largest sailing superyacht as the Russian industrialist takes his quest to ruling the seas one step further. The vessel is an upgrade to the Russian billionaire's current multi-million pound 'Motor Yacht A,' that set him back £190million. 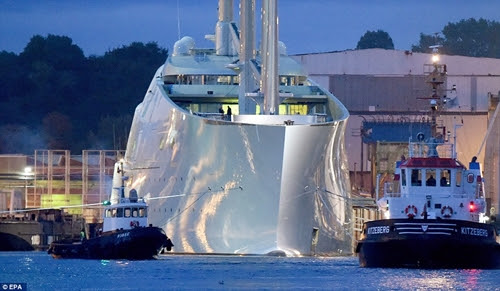 Russian billionaire, Andrey Igorevich Melnichenko, is believed to have paid £260m for the vessel

At 468ft in length, with ship masts nearing 300ft high, the 'mega-yacht,' has eight floors and includes an underwater observation room. It has a high-tech digital control system operated using a touch sensitive sheet of black glass in the bridge.

Superyachtfan.com reports that the boat which is powered by a hybrid diesel-electric package with controllable pitch propellers, was designed by Frenchman, Philippe Starck and built by German, Naval Yards, Nobiskrug. 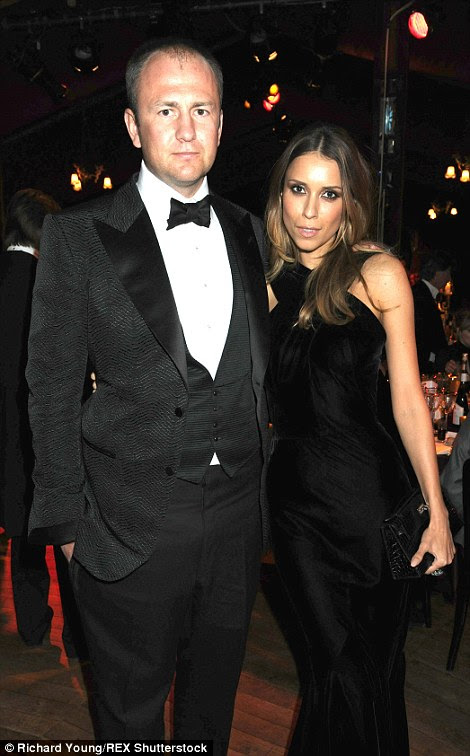 Melnichenko is expected to recover some of the costs by licensing the technology developed for the vessel for commercial applications.

Mr Melnichenko, whose net worth is estimated at £6billion ($9billion), founded the fertilizer producer EuroChem, the coal producer Suek, the power generator SGK, and the pipe exporter TMK. 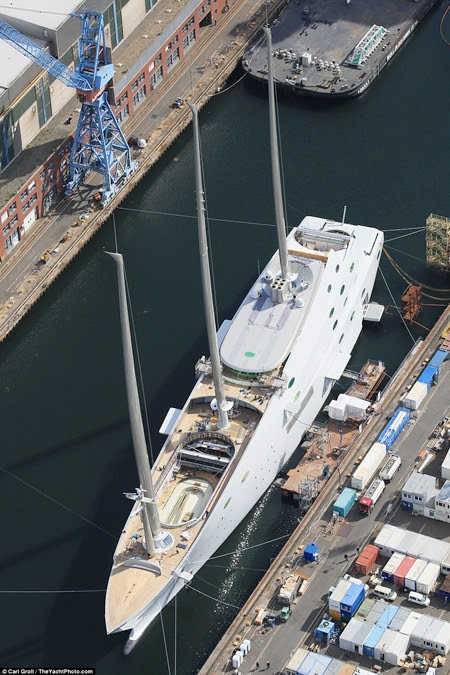 The epic vessel boasts a staggering eight decks and its keel incorporates one of the largest single
pieces of curved glass ever made at 193 square feet and weighs a whopping 1.8 tons

Speaking about the project earlier, a spokesman for Melnichenko said it 'pushed the boundaries.'

'This project was a considerable financial risk for him as he had to fund massive R&D to see if he could achieve his vision.But he is a man to always push the boundaries and to challenge the industries he works with to think out of the box so he can achieve something new and exciting as well as beautiful. Sailing Yacht A is a monument to invention.' 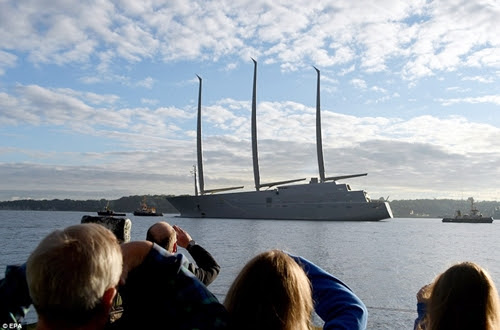