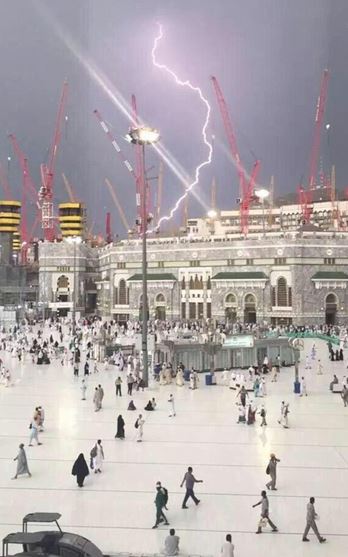 A tragic incident has left atleast 87 and over 184 injured when a crane crashed through the ceiling of the Grand Mosque of Mecca .
Pictures circulating on social media showed bloodied bodies strewn across the floor where the crane came burst through the building.

The Grand Mosque, or Great Mosque of Mecca, is the biggest mosque in the world and surrounds Islam's holiest place, the Kaaba, in the city of Mecca.

The mosque is usually at its most crowded on Fridays as it is the Muslim weekly day of prayer, when Muslims face in the direction of the Kaaba while performing their obligatory daily prayers.

Authorities believe it may not be unconnected with the severe storms and lightening which struck the crane moments before it came crashing through the building. 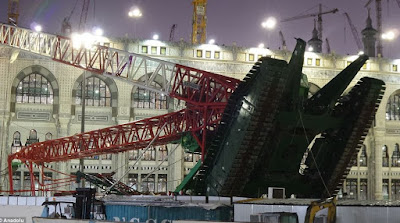 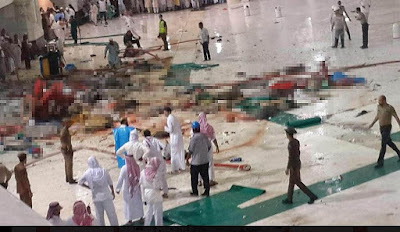 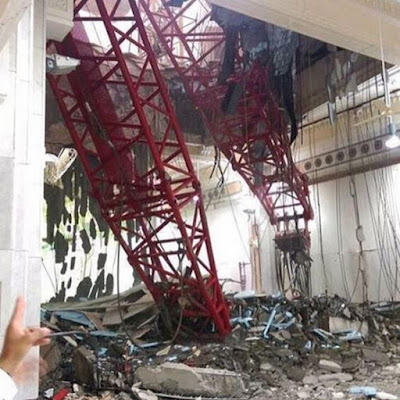 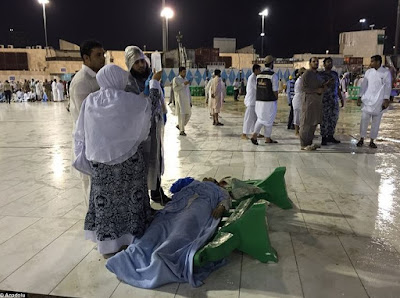