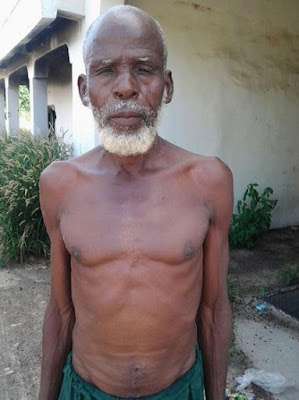 The Nigerian Army have arrested a top Boko Haram Commander identified as Bulama Modu and 43 others.In a statement by the Acting Director, Army Public Relations, Col. Sani Usman, the captured Boko Haram Kingpin, Modu, belonged to the Amir cadre of the deadly sect.

“Please recall that yesterday advancing troops along Banki axis made tremendous progress in which they cleared two Boko Haram terrorists’ camps at Jangurori and Bulatori villages.In addition to that, the troops have also arrested 43 suspected Boko Haram terrorists including one of the Boko Haram kingpins in the area, Bulama Modu, who is an ‘Amir’ of Bulakuri. The troops also rescued 241 women and children during the operation.
“To further confirm what was said earlier about the terrorists abandoning their commanders and burying weapons, one Mohammed Modu led troops to where he buried his AK-47 rifle at Jangurori village.

“Apart from arms and ammunitions, bows and arrows recovered from Bulama Modu, the kingpin, he confirmed that the terrorists also gave him a horse to enhance his deadly pursuits.”

Gambo was said to have told the troops that the suicide bombers and the IEDs used for the attack on Northern Cameroun were prepared by the trio of Abdulrahaman Alkali, Isa, Ba’ana Hisuba and Alkali Isa Karami, all natives of Dara Jamel.