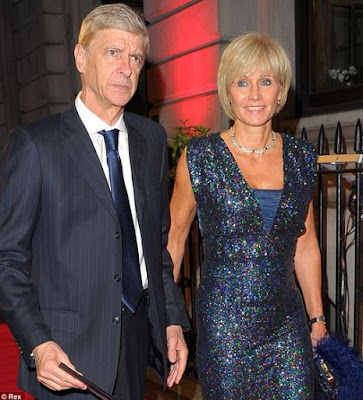 Arsenal boss Arsene Wenger, 65, has split from his wife Annie, 59. The couple got married in 2010 but have been together for years and have an 18 year old daughter together. They are said to have agreed a financial package and divided up their assets after Arsene filed for legal separation in a French court.

Wenger, who previously admitted that his high pressured job with Arsenal had put pressure on his marriage has not been seen with Annie since 2013, which led to speculations for months that all was not well between the couple. Their split have now been confirmed.