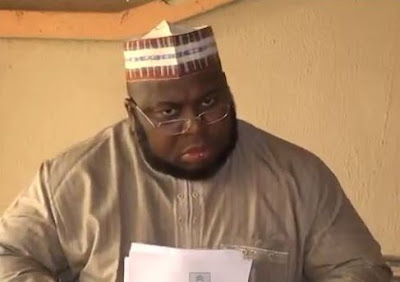 The spokesperson to the leader of the Niger Delta Peoples Salvation Front (NDPSF), Alhaji Mujahid Dokubo Asari, Rex Ekiugbo Anighoro, has alleged that the Facebook account of Asari Dokubo has been disabled by the Department of State Services (DSS).

A statement released yesterday by Ekiugho titled: 'Buhari and APC: Depotism and the Confiscation of Freedom of Expression: Time Bomb Waiting to Explode', alleged that Asari's account was disabled after he began a serialised article on his Facebook page on the gaffes and hypocrisy of Pres. Buhari.

"Although we are not surprised at this junta’s long awaited modus, it remains a sad commentary that we are back to stone age where press freedom is endangered"Ekiugbo said in the statement said investigations carried out by them revealed that President Buhari through his media aides had begun the systematic dismantling of accounts of all strong and key opposition voices in the social media network through frivolous petitions of ‘inciting public unrest and the making of hate speeches’ to management of Facebook in their desperate moves to control the network media space.