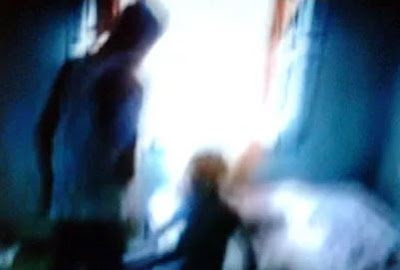 Ogun State Police Command has arrested suspected armed robbers, who allegedly robbed and r*ped patients and nurses at a private hospital in the Ijebu-Ode area of the state.

Police also said the suspects were responsible for the killing of one Alayande Oladipupo after dispossessing him of his belongings in the same area.

“Police operatives attached to Igbeba Division of the command swung into action immediately the information got to them and rushed to the said area where the suspected armed robbers opened fire on the police operatives, who responded with heavy fire power before eight of them were arrested.

“These suspects have been identified as the killers of one Alayande Oladipo, who was shot dead in Ijebu-Ode on August 25 and those responsible for the robbery and rape cases at a hospital in Ijebu-Ode.

“The suspects had robbed patients and staff of the said hospital and raped some of them during their operation at the hospital.”

Police Public Relations Officer in the state, Muyiwa Adejobi, said in a statement. According to him, the state police command made the arrest while acting on a tip-off that the armed men, who had been terrorizing area were sighted at Molipa-Ikanga area in Ijebu-Ode about 5:30pm on Saturday.