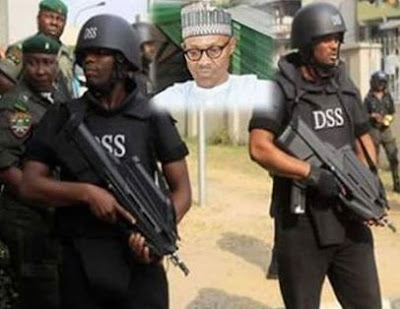 No fewer than 30 people detained at the Kogi State office of the Directorate of State Service were freed on Friday night when it was attacked by gunmen suspected to be members of the Boko Haram sect.

This was as four people, including an anti-riot policeman, were reportedly killed in the attack by the invading insurgents. The attackers were said to have immediately made for the cell of the DSS office located along Hassan Katsina Road, Lokoja, and released all suspects kept there after gaining entrance.
Our correspondent gathered that around 9.45pm on Friday, the gunmen with sophisticated weapons invaded the DSS office.


A source who spoke on condition of anonymity said the heavily armed men that stormed the DSS office appeared to have overwhelmed the DSS officials present, prompting a Deputy Director of the agency, whose name is yet to be ascertained, to quickly put a distress call to the police at about 10:40pm.

It was gathered that combined patrol teams of soldiers and policemen were later drafted to the place and they engaged the invaders in a gun duel for over seven hours. The source said the security operatives later overpowered the attackers and some of them (invaders) fled into the bush.

He added that at the end of the shootout, the bodies of a policeman and three of the attackers were discovered.

The source further said two of the attackers fled to Otokiti Housing Estate and forced themselves into one of the flats occupied by a woman. It was gathered that the woman quickly invited soldiers who responded immediately, arrested and took them away.

Ojukwu said,
“We are still investigating and we cannot say much for now until we are able to lay our hands on the suspects. “We are working assiduously with other security agents in the state to ensure that we get to the root cause of the attack.”

Meanwhile the DSS has deployed operatives from its Abuja headquarters to Lokoja, Kogi State to hunt down Boko Haram suspects that escaped from its detention facility in the state.