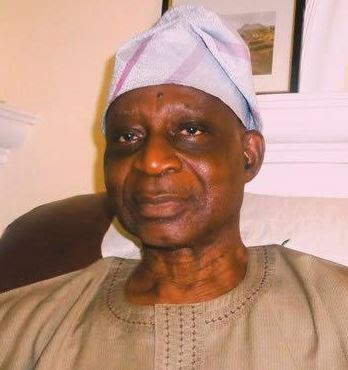 Afenifere chieftain and Chairman of the defunct Presidential Advisory Committee on National Conference, Senator Femi Okunrounmu says President Buhari tricked former Lagos state governor, Bola Tinubu to get into power. In an interview with Punch, Okunrounmu said it was naive of Tinubu to think he would become a kingmaker immediately Buhari becomes President of Nigeria.

"Tinubu’s story is like Afonja in Ilorin in 1817. Ilorin used to be under the Oyo Empire and was the headquarters of an Oyo General, Afonja. But Afonja rebelled against the empire and helped bring about its collapse with the assistance of the Fulani. Afonja was assisted by Shehu Alimi, who was a Fulani leader.

In 1824 Afonja was assassinated and Alimi’s son became Emir and Ilorin became an emirate of the Sokoto Caliphate. It was naive of Tinubu to think that Buhari would just get power and he (Tinubu) would become the kingmaker of Nigeria. That is what Tinubu expected and that was why we kept reminding him of the Ilorin episode. We told him that once Buhari got power, he would turn around and just forget about him and implement a northern hegemonic agenda which Buhari is doing now. In 1960, the Sardauna of Sokoto, Ahmadu Bello, made a statement publicly that the northerners should regard Nigeria as their conquered territory and that they own Nigeria. He said the entire South-West and South-East should be regarded as conquered territory and that the North should never allow the South to govern. This statement was widely reported in the media. It was in the West African Pilot of October 12, 1960. The quote was boldly published. So, the keys to the chains of slavery we thought we could use to break free were just given back to the North by the APC. The APC became an agent of oppression and enslavement. We can all see that Buhari only tricked Tinubu to get power back to the North"he said