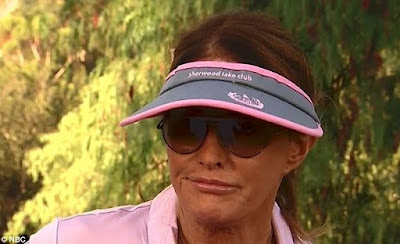 Caitlyn Jenner has admitted she fears being forced to serve in a men's jail over a fatal car crash which left one woman dead earlier this year. Speaking to Matt Lauer on Today,she said

"A tragedy like this, you'll never get over it. You just learn to live with it the best you possibly can."I was under the speed limit, I was going 46 in a 50 – my air bag didn't even go off."The media wants that picture, don't they,That is the worst case scenario. I will say the men's county jail, it is an enormous problem that they would put trans women in a men's county jail."
On her life right now, she said

I think about my life and where I'm at in my life right now and what a tremendous experience this,"Hardly nobody gets to live two genders in their lives. Everybody wonders, 'Oh, what's it like to be coming from the other side? You know, their thinking, the way they act, everything?'

"And here I have the opportunity to do that. And to be honest with you, everything's so new and fun. From that standpoint, it's been great."There's nothing better in life than to wake up in the morning, look in the mirror and be comfortable with yourself and who you are."