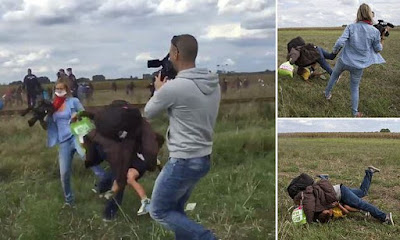 A camerawoman has been sacked after she intentionally tripped a refugee and his daughter who were fleeing from the Police..The woman who was working for Hungarian television channel N1TV, was filming the crowds of Syrian refugees as they fled police across a field from Roszke camp on the Serbian-Hungarian border.

In a shocking move, she deliberately stuck her leg out as a man carrying a crying child ran past her. The refugee fell to the floor before appearing to shout at her. The camerawoman has now been sacked with immediate effect. Outraged social media users took to Twitter to condemn the woman's actions, labelling her 'pathetic' and 'disgraceful'.
The station posted on its website

'Today, a N1TV colleague behaved unacceptably at the Roeszke reception centre. The cameraman's employment was terminated with immediate effect.' 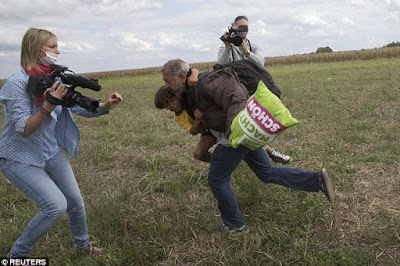 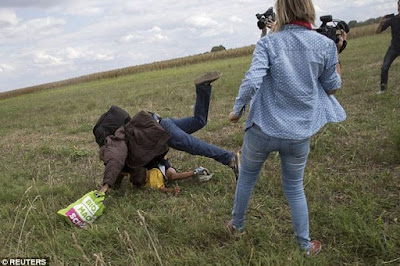 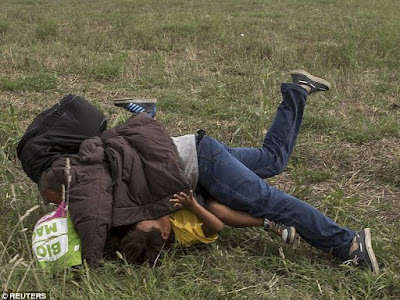 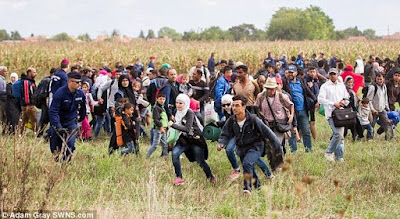 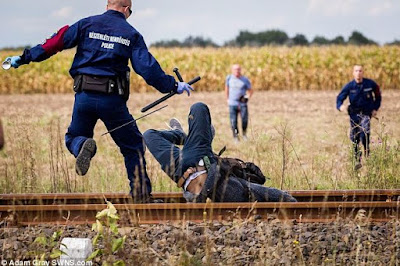 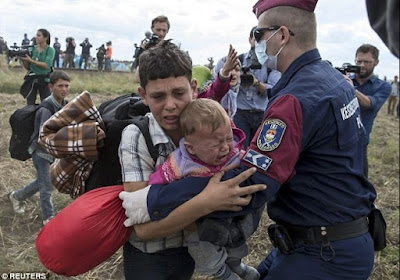