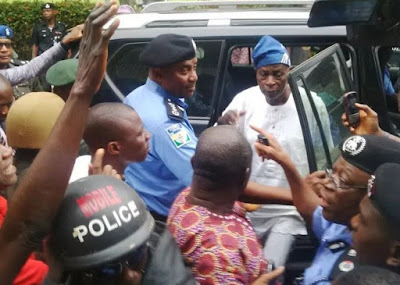 A former Secretary to Government of the Federation, Olu Falae, has been freed, four days after he was abducted by unknown gunmen.

Mr. Falae’s abductors had demanded N100million ransom for his release.
Mr. Falae, a chieftain of the Pan-Yoruba group, Afenifere and National Chairman of the Social Democratic Party, was on Monday abducted at his Ilado farm along Igbatoro Road, Akure North Local Government Area of Ondo State.

Details on the release of Chief Olu Falae soon.