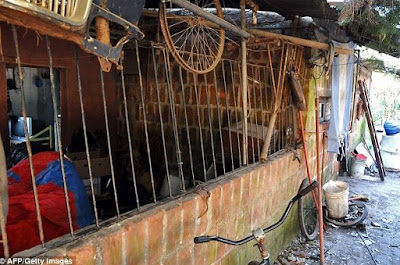 There has been widespread shock after a father was arrested for allegedly locked his wife and grown up autistic son in a cage for years.Eduardo Oviedo, 66, also reportedly forced his son to eat dog food and drink gasoline.

One shocked prosecutor in Argentina said they found human excrement on the ground, used syringes and gasoline cans inside the cage.

The mother, 61, and boy, 32, were tied up with chains and rope in the bricks, wood and metal bar structure, the prosecutor added. 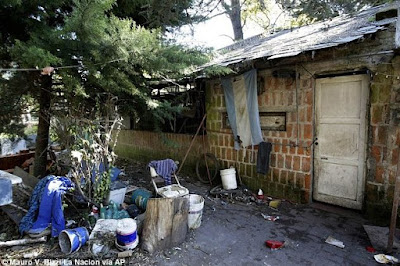 The son can barely speak and the wife has psychiatric problems."To enter that house is to witness true madness,"This is a story of terror. said the prosecutor.

Former construction worker Oviedo, 66, allegedly fed his wife and son through the bars of the cage.

Spanish-language La Nación newspaper reported that Oviedo forced his son to eat animal food and drink fuel, which police found in the cage.

Police acting on a tip from relatives raided the house in the Argentine beach resort of Mar del Plata and arrested Oviedo. 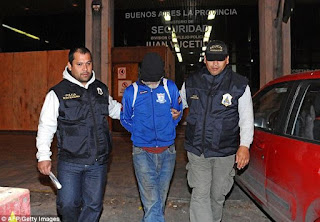 He will be charged with kidnapping and keeping his family in conditions of servitude.

Oviedo will also undergo a psychiatric evaluation.Both victims were in a hospital yesterday. It is not clear how many years he kept them in these conditions.